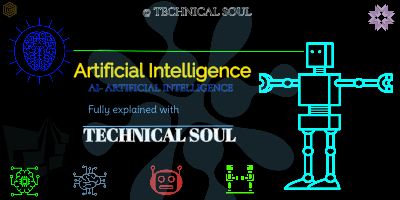 WHAT IS AI- MEANING OF ARTIFICIAL INTELLIGENCE

In the modern world, the need for Artificial intelligence is increasing. But we should not fully depend on this. Always remember, humans have made artificial intelligence. If you think machines are smarter than humans, then remember that humans have made the machines, not God or Aliens. We are not saying that artificial intelligence is wrong. Yes, it is a good thing but you must not depend too much on this. You should do work by yourself too. Artificial Intelligence can be good or can be bad at the same time. As the robots will have a thinking capacity like humans, they can also think evil like humans. It may be a good thing for humans but at some points, it may be bad as well.

Humans have made many things for their comfort but those comforts things are eating both the environment and humans together. Those days aren’t soo far when robots will keep humans in jail like humans now are doing with the robots. Because where there is a thinking, there’s an evil too. Like humans have thinking capacity, they have an evil as well. Just like this, if robots will have a thinking capacity, they will have an evil as well.

We hope guys that you have surely liked the topic. So please share our website with your friends, family and more. Stay blessed and updated with us for more such useful information.

CHECK MORE: WHAT IS SEO

StrandHogg: A Warning To Android Users