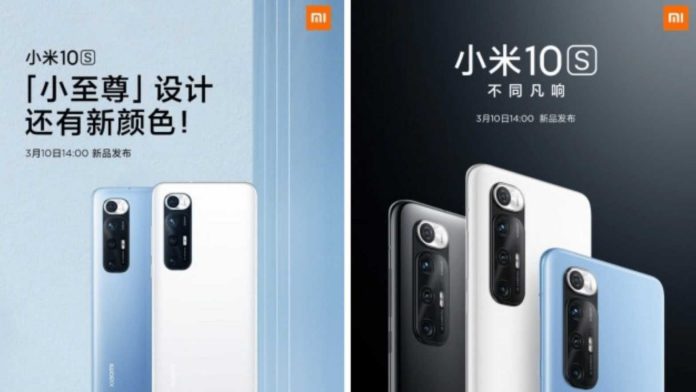 Xiaomi has been rumoured about launching its new smartphone Xiaomi Mi 10S. This mobile rumoured to have Snapdragon 870, and the company has now officially confirmed the launch date of this smartphone.

The device will have a 108MP Camera and the looks of this phone are the same as the Mi 10 Ultra. Yes, there are a few major differences between both devices that people will know after the launch of this brand new device.

Besides the 108MP Camera, the device will have a four-cam setup with sensors behind. There is a dual-LED flash. Sadly the phone doesn’t have a periscope lens.

However, the front panel is not shown, but we expect that it will be AMOLED-Display with the on-screen fingerprint scanner. Also, the brand new device will come up with a 5,000 mAh battery and with a 33W fast-charging system.